Lost in Summer Palaces And Temples of Heaven

The parks in Beijing are simply stunning!

Beijing’s parks are full of themed areas with separate pathways leading to separate areas within the larger park. Each one is set in a magnificent and serene setting and unique theme.

With ponds and streams, hills and valleys, glades and gardens, rare trees, unusual flowers, the landscapes were choreographed to reflect each specific theme.

Even the scent of each theme area seemed to match the theme.  With impressive displays of wisteria, bamboo, peonies, orchids, cherry blossoms and apple blossoms, ancient cypress trees, pine trees, magnolia trees, sage bushes, ponds and streams, birds and butterflies, it was a feast for all the senses – sights, smells, sounds, touch, and tastes.

The scent of flowers or sage…

The mix of delicate and hard textures to touch, the trickling or movement of water, a rock pathway waterfall created a fantasy land of nature.

Each day, in Beijing, I went to a different park or historical site, and each day, I was astonished that it took me the entire day to see most, but not all, of it!

The Summer Palace, Yuan Ming Yuan Park, constructed in 1709 was simply amazing. It was a Royal park and in the 18th century, Emperor Qianlong had enlarged it.

It had been a summer retreat from Beijing’s stifling heat for the Imperial court. Although years ago it was looted and burned, it has been rebuilt, and is as splendid than ever. Now the Summer Palace is open to visitors and features the large Kunming Lake  and the park’s lovely gardens, temples, art, statues, sculptures and pavilions.

The Summer Palace Park was also known as the Garden of Perfection and Light, and I was soon to discover why.

Each section was a delightful explosion to the senses and offered surprises that delighted beyond expectation.

The East Palace Gate is the front entrance housing three wide doors in the middle of the grand entrance exclusively for the Emperor, Empress and queen mother. Huge Chinese calligraphy characters surrounded by 9 dragons hang impressively over the gate.

The Summer Palace was divided by pathways into enchanting areas with magical names like the Garden of Perfect Brightness, The Garden of Eternal Spring, The Elegant Spring Garden.

I was dazed by the beauty and rhythm of the names.

It went on and on… enticing names… all referring to LIFE and NATURE… alluring you to come in.

My mouth fell open, as I came to each scenic spot in the gardens! There were exquisitely constructed pavilions, arches, bridges, kiosks, earth and rock hills, rivers and ponds, exotic flowers and grasses and trees from different parts of the country and even mazes. Indeed, it embodied the essence of landscape gardening. I had never seen anything so beautiful!

In my mind, I knew that Japanese Gardens were beautiful, but I had no idea that Chinese gardens were created with such flawless perfection! Imperial, majestic, royal. Words are not enough.

No wonder it was also called the ‘garden of gardens‘ or the ‘Versailles of the East’ in Europe during that era.

Just as a small example of the elaborate and detailed thoughtfulness of the Summer Palace Park, the Grand Opera House was three storeys high. From top to bottom, was the Fu Stage (Happiness Stage), the Lu Stage (Affluence Stage), and the Shou Stage (Longevity Stage).

The floors of each stage of the opera house have trapdoors and under the Shou Stage there is a deep well and five ponds. The well and ponds were used to amplify the sound effects through acoustic resonance and to make water appear to spout from a dragon’s mouth. Special effects could be performed from beneath the three stages.

Occasionally I caught glimpses of the grand summer palace across the big lake, and assumed the pathways would cut in front of the lake at some point. It was 20 miles to walk around the entire Summer Palace Park! (over 864 acres).

I did not know this at the time.

I thought I could cut back through the middle at some point, or in front of the lake, but NO, there was only one way: around the paths, around the large lake, to an exit that was far away from the entrance. This created a huge problem on several levels.

One, my Chinese friend had instructed the Chinese-speaking driver to pick me up at the place I entered. Now I would exit in a totally different place. I could call him on the cell phone she gave me, but did he speak English???

Two, it was extremely hot and getting hotter as the noon day sun poured blistering heat onto my head. There were long areas of the path that opened out from the trees and had beautiful views across the park toward the lake, but no shade! How could I manage in this heat? I was already feeling weak.

And 3rd, it never occurred to me to bring water. There did not seem to be anywhere to buy water!

The heat by noon was burning down, and my legs were getting tired. Heat exhaustion was going to be a problem soon. There was shade inside the was delightful treed gardens, and distracting in their beauty, but it was still scorching hot.

Then I noticed many of the women there were carrying umbrellas. Weird, I thought, it sure doesn’t look like rain. A few minutes later, it dawned on me – they used the umbrellas for shade!!!

Not long after, I saw a little stand on a pathway across from me selling white lace umbrellas. Gorgeous, and practical. I didn’t care less about the price and sauntered off smiling with my pretty shade umbrella.

Water – I needed water! I saw a Chinese family on a bench drinking bottled water. Knowing they likely did not speak English, I walked up smiling, bowing, and pointing at the water bottle. They looked a little confused and shocked. Oh-oh! They thought I wanted to drink from their bottle! Then I pretended I was drinking from a bottle and rubbed my thumbs over my fingers to show money or to buy. They caught on! Pointing and chattering in Chinese they directed me inside a temple to buy some water.

I was still under the impression that I could cut in front of the lake to go back to the entrance, and marched on, sitting on benches often. Now not only my legs were sore, but my back too. How friggin’ much further before the paths start going back around the other direction?

By the time I realized that I was almost halfway around the lake, and that it was just as far to go back the way I came, the light bulb went on!

I still had to walk the same distance around the other side of the lake to get out of this park, and it was already 3 pm. I sat down, feeling like it was absolutely impossible to walk any further!

Tired, hungry, legs aching, back aching, blasting headache from the sweltering heat, moving on was the only choice…

One foot in front of the other, I stumbled on…

Each step was an effort, and I scolded myself for being so naive, and not asking L more questions about the park.

I stopped to call the driver. I spoke in English explaining that I was later than I thought I would be, and that I was coming out in a different place than I went in, but that I didn’t know exactly where.

He answered in Chinese. He sounded confused and concerned, but I knew he did not understand a word I said! He gathered from my tone that there was a problem but he didn’t know what to do.

I tried to call L, but she didn’t answer.

Foot-slogging along, trudging one step at a time, over and over, the sun slanting down further and further, I almost shouted with glee when the exit appeared in the distance!

It was near 6 pm when I reached the exit gate, not a clue where I was.  I slouched onto a big rock outside the gate to rest. The street was noisy! It was a shocking contrast to the peacefulness of the park. Cars and bikes and buses roared by. Buses roared into the bus stop ten feet away, letting people out. The sidewalk was packed with business men in suits coming home from work.

Exhausted and scared, I called L again. No answer. I called the taxi driver again, asking him to come to a different exit to pick me up. He did not understand a word I said. Now what? I felt like a lost child.

For what seemed like an eternity, I sat on that rock, calling L. Finally she answered. I explained my day and what happened, and she said,

“I don’t know!!! I can’t read Chinese!” I shouted, panicking. I could hear her sigh, and I knew she was concerned.

Standing on the sidewalk now as dignified businessmen hurried by, I had an inspiration! I shoved the phone at a passing businessman. He backed away, looking annoyed and astonished!

I pleaded with my eyes…

Reluctantly, he took the phone, and said hello in Chinese. After a few minutes of listening, that look of understanding began to creep over his face, and as he looked around at the street signs, he said something in Chinese to L.

The gentleman passed the phone back; he did not smile, but he bowed, and I bowed and bowed… and bowed again.

L said she now knew where I was and would call the driver to come and get me, but it was quite far away and it would take him some time in rush hour.

I waited and waited, tired beyond anything I had ever experienced. Sometimes I almost gave up, thinking he could not find me, but after an hour passed, he arrived. Nothing felt sweeter than getting into that car! Safe and comfortable at last, on my way home.

The actual royal palace across the lake was only a speck in the distance at first, gradually coming into view…

The Garden of Perfect Brightness…

Hall of Benevolence and Longevity…

The Garden of Eternal Spring

Beautiful bridges in every area of the park… 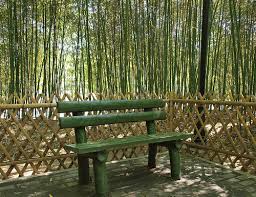 I didn’t expect to see locals singing and dancing, Thi Chi sessions, older people playing ancient instruments, or badminton, stretching, playing chess, putting their legs above their heads while leaning on a tree, rubbing different parts of their body to correspond with the ‘qi’…

But in my mind there is a vision that I will never forget of the magnificent Summer Palace Park…  an exquisite quiet oasis from the city.

Another day, I went to the Temple of Heaven (Tiantan), built by the Emperor in 1420.

Tiananmen Square, was not very visually appealing: it is just a big empty concrete square, but it does have historical significance.

Still another day I went to the Forbidden City.

12 Responses to Lost in Summer Palaces And Temples of Heaven