Paraguay: Pride of the Guarani

We left Iguazu Falls on a high of blustering waterfalls surrounding us in a circle of thundering water, but we forgot to tell you about our excursion to Paraguay.

We booked a catamaran boat excursion down the Iguazu and Parana Rivers into Paraguay.

The Iguazu and Parana Rivers cross each other at the three-country border of Brazil, Paraguay and Argentina.

The catamaran wasn’t a sailboat: it was a motorized pontoon boat, but we needed it for shallow areas of the river.

Along the way we were going to see an original Guarani Indian site in Paraguay. The guide said that if we were fortunate enough, we may actually see a sunset musical performance by the Guarani Indians. Well we were lucky enough to see the event and it was a special honour.

They made a huge bonfire, then started singing and dancing. One man was playing a guitar.

Children played along the sidelines, some still in diapers. Their dress was very casual.

One of the little Guarani Indian girls shyly presented me with a bead bracelet, which I assume she or someone in the group made. It was an honour to receive it, and I still have it.

The Guarani people originally lived in communal houses built on cliff sides where 10-15 families lived in each house. The Guarani people are of short stature with dark hair and eyes, but light skin (a mix of Spanish and European). They survived on manioc tapioca root (cassava), corn, wild game and wild honey. The Guarani used bows and blow guns as weapons and they were artistic potters and carvers.

Apparently they were also cannibals, much like other South American tribes (who knew – I thought that only happened in the South Pacific), and they placed the bones of the dead in large jars turned up-side-down on the ground.

The Guarani had a strong connection to the early Jesuit missions, and avidly listened to and obeyed them as one of the few friendly faces they had experienced in 1610, because, over a previous period of 130 years, Brazilian Slave Hunters (Paulistas) had brutally killed, captured or enslaved some 2 million Guarani Indians. Then, however, the Paulistas simply attacked and burned the Sunday Jesuit mission sites and captured more Guarani. The remaining Guarani fled into the forests. In 1641, the Jesuits finally convinced King Philip lV to arm and train the Guarani for their own protection. They repelled many attacks from the Paulistas in the years following. The Guarani are now remembered most for their subsequent heroic resistance 23 years later to the combined forces of Brazil, Argentina and Uruguay from 1864-1870 in attempts to acquire Paraguay. In that war, most of the Guarani men were killed, leaving a mere 25,000. Originally they were over 400, 000 strong.

The Guarani Indians were the original inhabitants of Brazil, Paraguay, Uruguay, and Argentina. Today 95% of Paraguayans are of Guarani ancestry, and they are moving towards a more democratic and less military government.

They are proud of their ancestry, joyously speaking Guarani, drinking yerba tea and eating cassava. Few people own their own cars and many areas still have dirt roads.

The Guarani value family and land above all, but even today, as recently as November 2014, wealthy ranchers violently steal their land. Much of their land has again been stolen. The Guarani people continue to suffer discrimination and racism, and are still seeking a “a land without evil.” 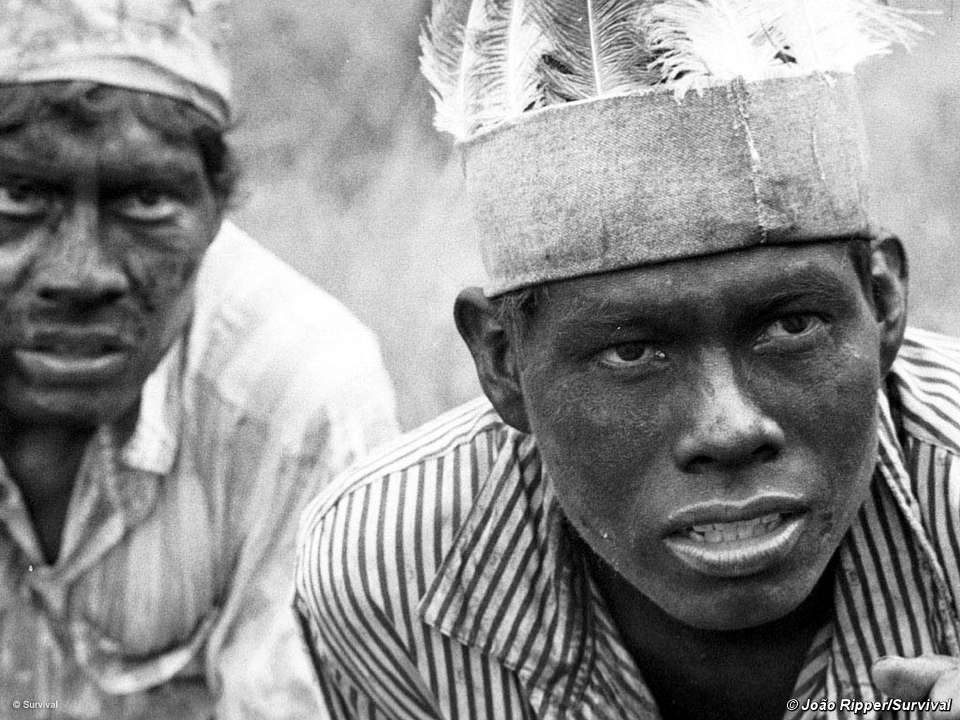 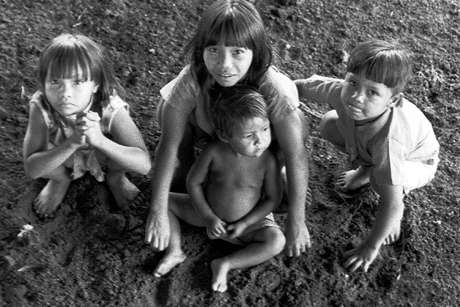 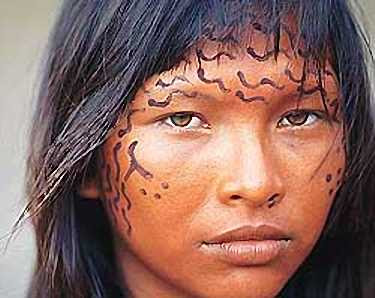 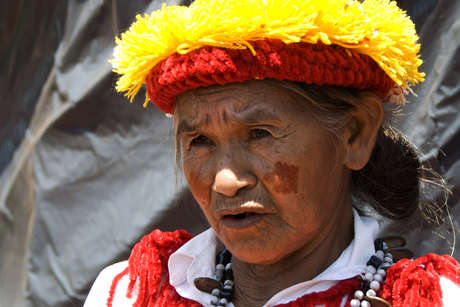 I came across the incredible photo below and could not find the owner. It was, I believe, taken by the Children at Risk Foundation http://www.carf.no/english/about-carf/
A little Guarani girl holds on tight to her newly found plaything, …..a dead rat. 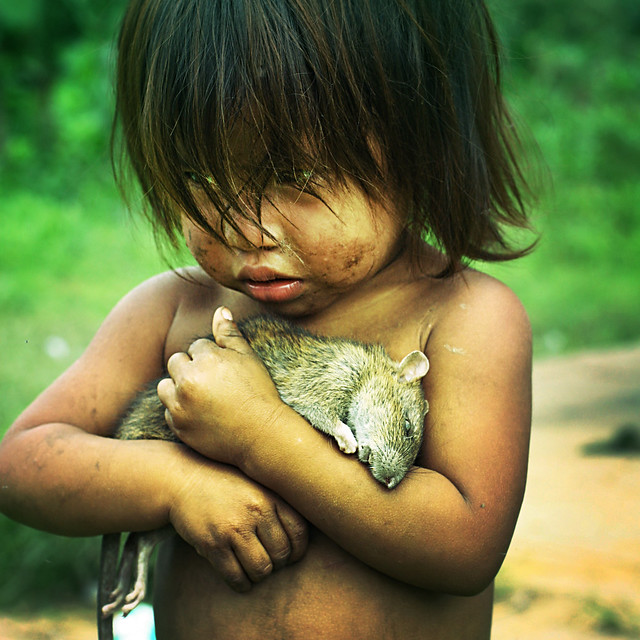 And this photo along with another curious fact: although not claiming to have invented football or soccer, the Guarani Indians were playing a football-type game as early as 1600. They called it “mangai,” named for the Mangaisi tree, which they tapped to extract the rubbery resin used to make the ball. They also used this sticky substance to hunt parrots, spreading it on tree branches. D captured this lovely picture of a canoe peacefully sliding down the river at sunset. Returning home on the boat, it’s hard to picture such a tortured people in this beautiful setting.

2 Responses to Paraguay: Pride of the Guarani