Getting a Ticket For Not Partying Hard Enough

We were trying to party hardy, really we were. Perhaps we are a little under-stated, but we were having fun, just like everyone else in New Orleans! The Ticket Officer wasn’t buying it. She gave T a ticket! A Ticket and a Scolding for not partying hard enough! Seriously. I mean T often looks serious, but just because he looks serious doesn’t mean he wasn’t having fun. No matter what excuses we gave, she still didn’t buy it.

“I’m warning you. You will go to jail if I catch you again!”

P1100889 Getting A Ticket For Not Partying Hard Enough Crop

That’s the way it is in Nawlins’. We were walking calmly down the street when the officer accosted us. I guess that was the problem: we were altogether too calm and quiet!

In New Orleans, You had better be having fun – or else!

We were staying in the Marigny area of New Orleans a block from Frenchmen Street where the traditional jazz music is played, and where the big stars like Louis Armstrong, Sydney Bechet, gospel singer Mahalia Jackson and Dr John originally played as early as 1877.

We highly recommend staying in the Marigny area. The Hotel de la Monnaie was reasonably priced, only a block from Frenchmen St. and a block from the Mississippi River.

Other great musicians who were born or grew up in New Orleans, just to name a few: Charles Joseph Buddy, Joe King Oliver, Jelly Roll Morten, Johnny Dodds, Henry Red Allen, Tuts Washington, Champion Jack Dupree, Professor Longhair, Fats Domino, Trombone Shorty and Irma Thomas.  See original old photos of each of them here: 25 Greatest Musicians of New Orleans. They played everything from rhythm and blues, to gospel, to pure soul, to boogie woogie, but all were incredible musicians.

In the Frenchmen Street area, look for live local music. You won’t have to look hard – there are 10 bars/clubs on every street, often 2 doors apart, usually tiny, and each with it’s own uniqueness and charm. In fact, you can just enjoy the music of each one as you walk down the street, without even going in. 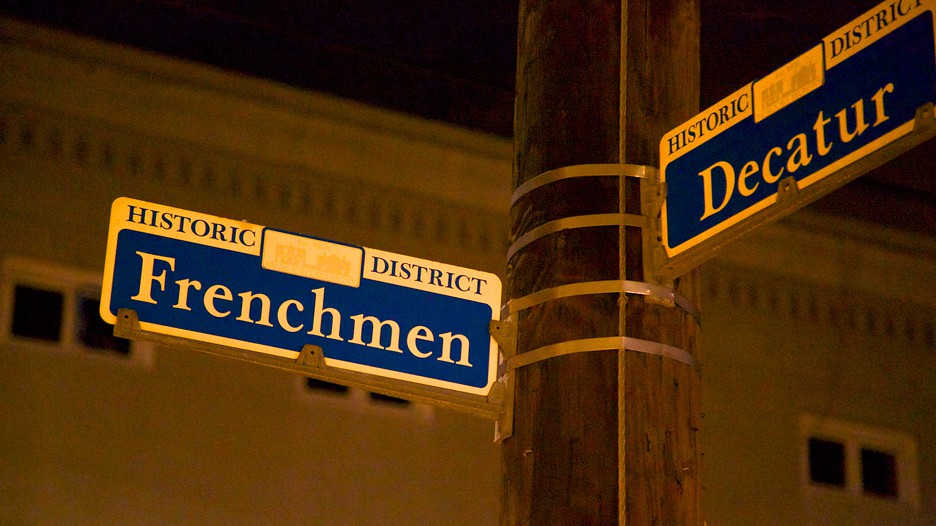 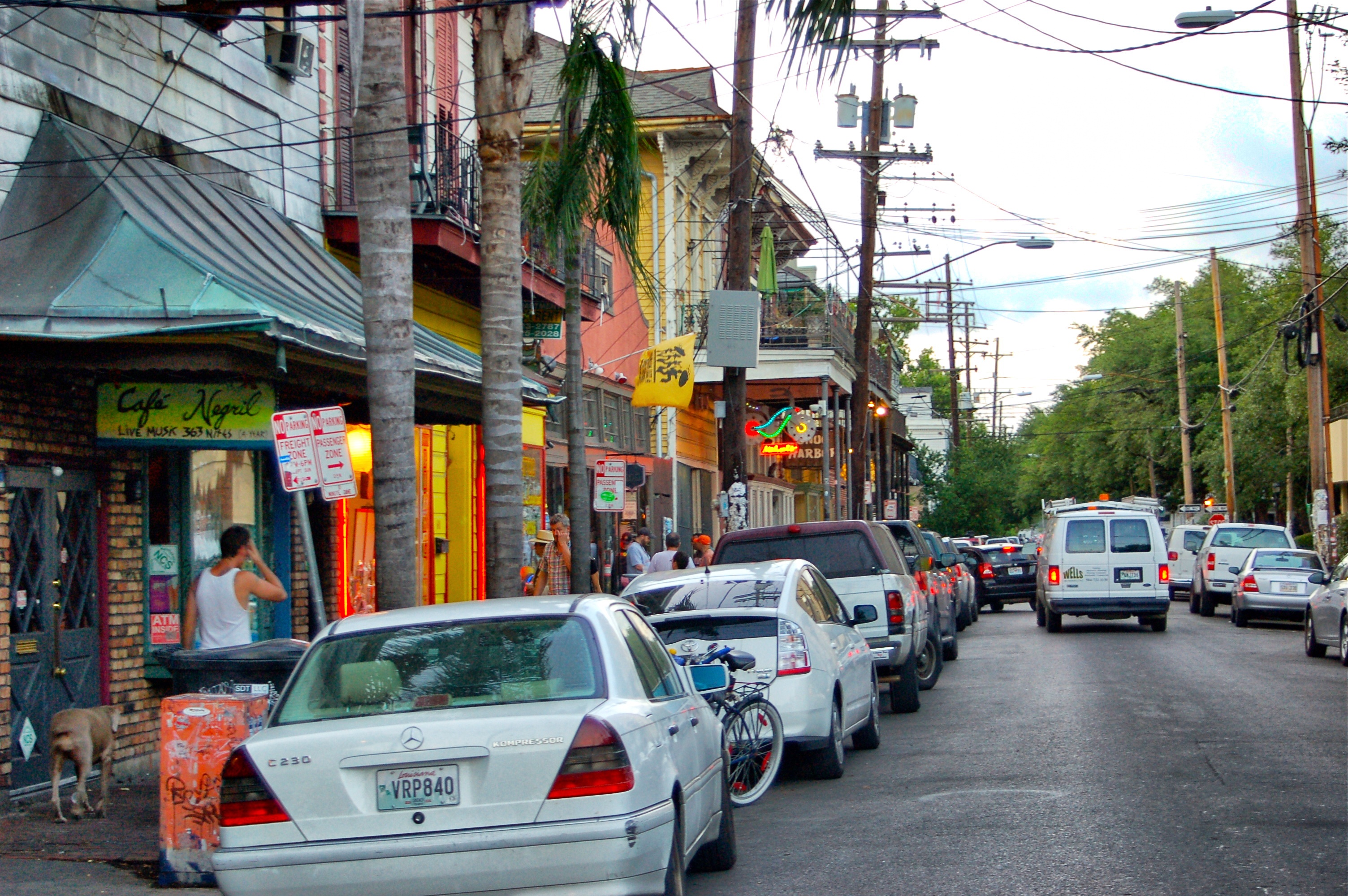 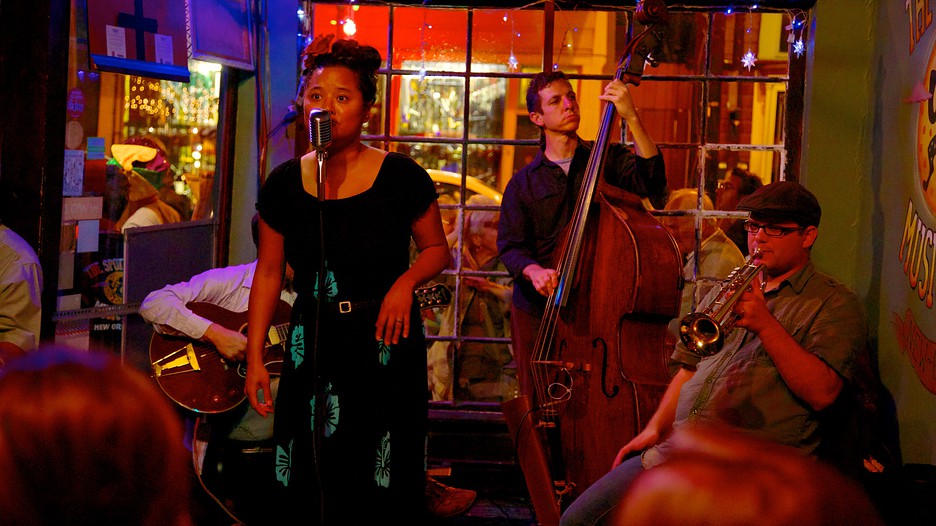 There are some famous bars you might want to check out: The Spotted Cat, d.b.a, LaFitte’s Blacksmith Shop Bar, Apple Barrel (for blues), Dragon’s Den and Snug Harbor, where all the locals go to enjoy the best music with the lowest prices. Stop in, or just listen to music pouring out the doors along the 3-block stretch on Frenchman between Decatur and Dauphine streets.

Oh, and if you need to do laundry, you can listen to music and do laundry at the same time at Igors Checkpoint Charlie. 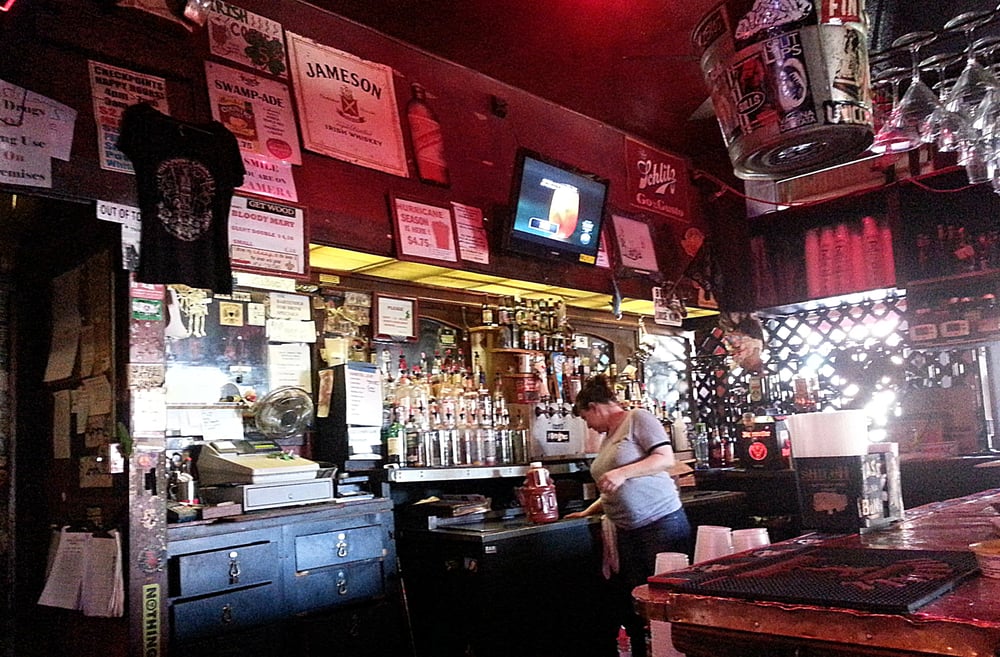 The streets too are alive with horns, and jug bands!

So many unique things in Nawlins’; there is no where on earth like it.

As much as New Orleans is full of partiers, there are no fights, no arguments, no falling down drunks, just people of all ages, many families with children, all just having a few drinks and having good clean fun and laughter. Most are just people having good fun. Everyone in Nawlins’ is friendly too.

One day, we decided to check out the popular party street, Bourbon St., in the French Quarter. Unfortunately Bourbon Street, is a little different from Frenchmen Street. It is full of young people, very drunk, peeing in the streets, throwing up any and everywhere, and most are just plain drunk and disorderly. It was sad really, after seeing how much fun people had in the other parts of New Orleans without having to get drunk and stupid. Bourbon Street has nicknames like “Crazy Town” or “Puke and Barf Street”. Some say it smells bad, and T definitely noticed it. It’s also packed with people.

There were some fun-loving shop-keepers though, on Bourbon, and lots of interesting shops.

It was just off Bourbon Street where T got the TICKET for not partying hard enough. I am still laughing, especially about the shocked look on his face! You can imagine.

We just have to end with a few samples of New Orleans traditional music: