There was considerable contrast between the smaller islands and the island of Sao Miguel, especially in the main town of Ponta Delgada. Suddenly we were in a bustling metropolis! Whoa! The noise, the horn-honking, so many people. We weren’t used to this after the quiet peaceful Azores countryside.

The town of Ponta Delgada has been developed for the tourist and while we appreciated the shopping and availability of conveniences, some of the charm was inevitably lost. The people of other islands refer to Sao Miguel with a mixture of envy and resentment because Sao Miguel is one of the largest and most developed islands. As a result Sao Miguel not only receives a larger proportion of the tourists, but is often first choice for the establishment of factories and other industrial projects. The final affront to other islanders is the attitude of the people on Sao Miguel that Sao Miguel has more to offer and is generally a superior island.

If you get out of the big city, and into the countryside, the island of Sao Miguel, Azores, is truly gorgeous.

On the bigger islands of the Azores, handicrafts such as pottery, 15th century tiles (azulejos), crocheted lace, scrimshaw (whalebone carvings), cornhusk dolls, fishscale jewellery, baskets, and wool rugs are available in a number of shops, and are all handmade. On Pico Island, two sisters have developed a school (Escola Regional De Artesanato) to preserve these traditional arts and handicrafts. Skilled artisans teach younger apprentices, and articles of high quality can be purchased at reasonable prices.

“What makes people laugh in the Azores?” I asked. “Tourists?”

They laughed shyly. They agreed that jokes are often made about other nationalities, religions, and relationships between men and women, but added that men would not usually make jokes about women or sex if a woman was present. Jokes often involved a play on words in the Portugese language. Azoreans seemed to be quick to laugh, whether it was a humorous television show, someone telling a joke, or friends talking together.

One young man from the mainland stated that even in Lisbon only about 30% of the population is aware of the Azores Islands. In many ways this is not surprising since the Azores are not just off the coast of Portugal, but rather some 800 miles off shore and one third of the way across the Atlantic Ocean towards  the East coast of the USA.

As we passed by a small village in Sao Miguel, we noticed a shop with homemade donkey saddles in the window. We were intrigued and asked the driver to stop. A robust older gentleman dressed in overalls and wielding a leather tool eagerly explained his business. Harnesses and belts hung from the rafters, saddles and leather lay on the tables, and a few antique looking sewing machines sat in a corner on the wooden plank floor. The owner and his helper sewed everything by hand. The helper sat on a small stool and with a large needle was intently hand-sewing two long pieces of leather. He never once looked up from his work. The sewing machines were not used because they needed repair. 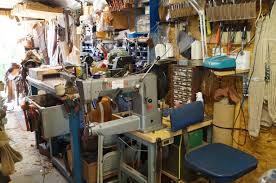 After a friendly and fervent conversation with the owner, we advised that we must leave, whereupon he insisted that we come upstairs with him. Our guide attempted, repeatedly, to convince him that we were behind schedule and must hurry to another appointment. He would not hear of it and continued to persist in impelling us come with him. Surrendering to his obstinate stand seemed to be the only polite alternative. We climbed the steep wooden stairs and opened the door to his home. We were all astonished, including the guide. IFor the second time in the Azores, inside we saw a small mansion, furnished with priceless antiques and beautifully decorated. We happily ignored the time, as we fawned over one handsome piece after another, each obviously chosen with discriminating and refined taste. It was an honor and a pleasure to have observed his humble art in the shop, and in sharp contrast, his elegant home. I loved the incongruity of it, and with a knowing wink, a twinkle in his eye, and a broad grin, he bid us goodbye as though he had always known that we would come.

There are mineral hot springs on several islands along with spas and therapy spas. Terra Nostra Park on Sao Miguel also has a tranquil park with lake-like hot pools, peaceful walks, and accommodations on site. As for the hot boiling mud pools, that make noises like they are breathing,  like a living thing, and deep mud caves that groan and wheeze and puff, there is a sense of tremendous power coming from the centre of the earth. In the words of Connie, our guide,

“You can feel that they are bigger than any man, any war, any thing.”

Connie was an exceptional guide, warm and friendly, sensitive to our needs, and expressing a deep understanding of  her island and her country. She repeatedly went beyond the call of duty to arrange my sometimes odd requests, whether it was an unprecedented interview or a sudden stop in our hectic itinerary to participate in a village activity.

She arranged, and we were privileged to obtain an interview with the old and traditional family, Agnelo Borges, in their 18th century mansion in Sao Miguel. The host, complete with ascot and dinner jacket, and his gracious wife were both dignified and sincere  as they showed us the grounds, his huge garage full of a collection of antique jaguars, his collection of 18th century carriages, and their elegant historic home. It really was, a once in a lifetime experience.

On New Year’s Eve we joined an old-fashioned street party in the main square in Ponta Delgada. A live band played  Portuguese and American music, the people danced in the streets and on the stage, and everyone carried a bottle of champagne which  was shaken well before opening. Young and old were in the crowd, from families and children to grandparents and teenagers. Father’s danced with their children, groups danced together, and everyone swayed and rocked to the music.

At midnight hundreds of bottles of champagne were uncorked and a shower of champagne burst into the air to settle on the squealing crowd. Then suddenly we were carried with the crowd to the edge of the harbour to watch the fireworks explode across the sky and to be dazzled by the reflections of light on the surface of the ocean.

An American ship anchored in the harbour added to the festivities by blasting it’s fog horn loudly and wildly misdirecting its search light. Shouting and honking and partying in the streets continued until near dawn. Amazingly, a safe big family party, with no beligerence or drunken brawls. Spectacular!

2 Responses to New Year’s Eve in the Streets of Ponta Delgada, Sao Miguel